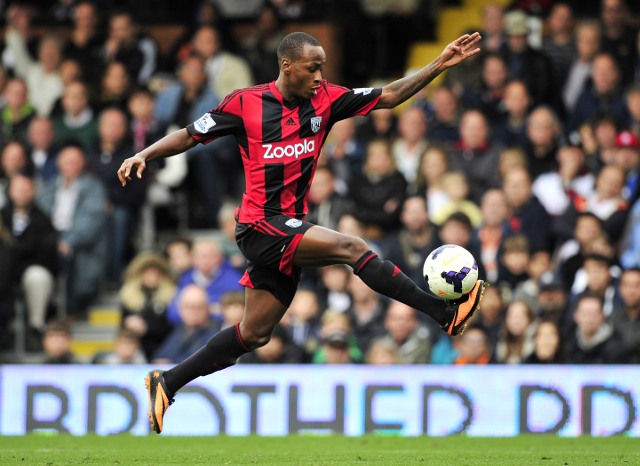 Baggies starlet could be target for Everton.

Everton are reportedly leading a host of clubs in keeping an eye on the progress of talented West Brom youngster Saido Berahino after his fine match-winning goal against Manchester United at the weekend, according to the Daily Express.

The 20-year-old announced himself on arguably the biggest stage with a well-taken goal at Old Trafford to condemn the Premier League champions to a second consecutive defeat.

Interest is likely to continue growing in the exciting England Under-21 international if he can truly break into the West Brom starting lineup on a regular basis, and Everton are supposedly already considering making a move for him in the future.

Toffees boss Roberto Martinez will need to be on the lookout for a striker next summer when Romelu Lukaku’s loan spell with the club ends, with the Chelsea youngster brought in late on in this summer’s transfer window.

The Belgian was brought in on something of an emergency deal as the likes of Nikica Jelavic and Arouna Kone have been misfiring for the side so far this season, and Martinez may still feel he needs reinforcements in that position next year.

Coincidentally, Berahino also looks a good replacement for Lukaku at West Brom, where the striker spent last season on loan from Chelsea.