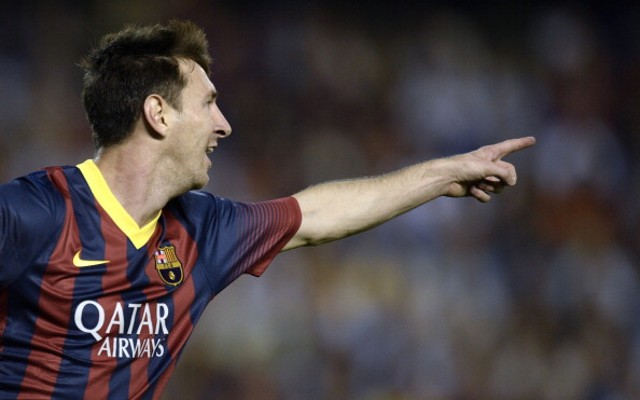 Check in to Celtic vs FC Barcelona

Barcelona forward Lionel Messi is set to miss out on the club’s Champions League encounter with Celtic after picking up a thigh injury during this weekend’s victory over Almeria, the Mirror reports.

The Argentine helped himself to his 11th goal of the season before hobbling off after 28 minutes and his club confirmed that a scan showed he would miss “two to three weeks”.

This means that he will miss the return to Glasgow – where they were beaten in the same fixture last season.

“Leo Messi has a small injury to the biceps femoris (thigh) in his right leg,” a Barcelona statement read.

“This was confirmed by medical tests undertaken by the player on Sunday morning at Medical Services Sport City.

“The Argentinian will be out for approximately two to three weeks, which will certainly force him to miss Barcelona’s two games this week – on Tuesday against Celtic and next Saturday at the Camp Nou against Valladolid.”

The Catalans are already missing a few of their key players in defence with Javier Mascherano ruled out in midweek with a hamstring problem to join full-back Jordi Alba, who is suffering the same injury.

Veteran skipper Carles Puyol will also be missing as he continues to recover from a number of injury problems.

The news will be welcomed by Neil Lennon’s side, who sprang one of the surprises of last season’s Champions League group stage when Tony Watt’s late winner inflicted a rare defeat on a Barca side that did include Messi that night.