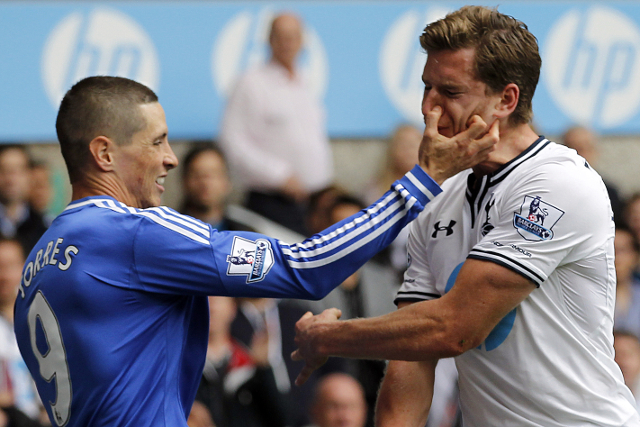 The Football Association have announced that they will not pursue any further action against Chelsea striker Fernando Torres following Saturday’s incident with Tottenham Hotspur’s Jan Vertonghen, talkSPORT reports.

The Spaniard appeared to claw at the face of the Spurs defender during the pair’s 1-1 clash on Saturday at White Heart Lane.

Torres was given his marching orders on the day and will face a suspension for the red card, but there had been talk of the FA handing out an even sterner punishment upon review.

However, a statement on the FA’s website claims one of the match officials saw the coming together, albeit not in its entirety, and, as such, the governing body are unable to act.

“The FA will take no action against Chelsea’s Fernando Torres in relation to an incident involving Tottenham Hotspur’s Jan Vertonghen which occurred in the 50th minute of their match on Saturday 28 September 2013,” a statement said.

“One of the match officials saw the coming together of the two players, albeit not in its entirety.