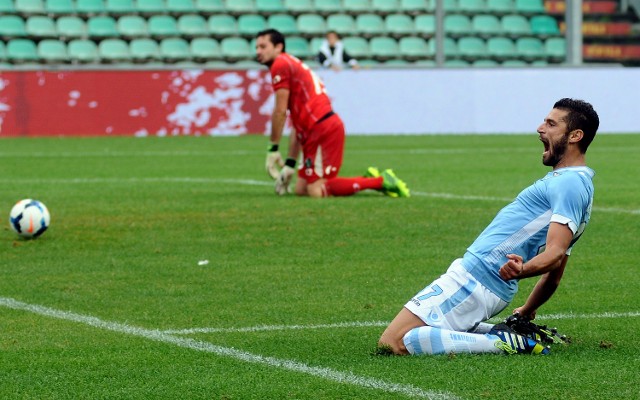 The 26 year old Lazio star can effectively fill a number of roles but is most commonly used out wide and this may well be an area that David Moyes feels he needs to strengthen following less than glorious starts to the season by the likes of Ashley Young and Luis Antonio Valencia.

Candreva can also occupy an attacking midfield role and may well be tempted by a move to the Premier League title holders, not least as such a move would offer the former Udinese man a chance to compete in the Champions League.

The Rome born attacker has started the season brightly, scoring three and providing an assist in his first six Serie A fixtures of the season and is certainly a player that Lazio boss Vladimir Petkovic would be looking to sell.

David Moyes may well feel his side lacks quality after what has proven a tough start to the Premier League campaign and could feel that Candreva would offer strength in depth to a number of potential problem areas in his squad.