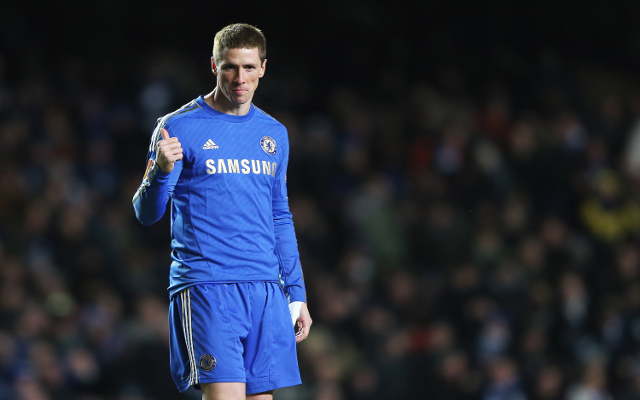 Chelsea head coach Jose Mourinho says he is confident that the knee injury picked up by front man Fernando Torres against Steaua Bucharest will not prove to be too serious, according to reports on BBC Sport Online.

The in-form Spain international suffered the problem in the first half of the west London club’s UEFA Champions League group stage fixture against the Romanian champions, with Torres having to be replaced by recent new signing Samuel Eto’o after receiving treatment on the sidelines.

However, speaking after the full-time whistle, the self-styled ‘Special One’ confirmed that he and his medical staff did not believe that Torres’s injury would keep the 29-year-old out of action for that long.

“The doctor is very confident it’s not a big injury like we had with Marco van Ginkel [out for six months],” said Mourinho after the Blues’ comfortable 4-0 win in the Romanian capital.

“He knows he has 15 days until the next match he can play, which is against Cardiff. Let’s see the scan. If the injury is an injury for 15 days, I think he’ll be fine. That’s OK.

“The problem is if it’s more time and it’s a pity for the guy, because he’s in a very good moment.”

Torres has begun the new campaign in good form under the guidance of the returning Chelsea manager, with the Spain forward having managed to find the back of the net on two occasions in total in his seven matches in all competitions for the club, although the player is still to score in any of his five Premier League outings for the Blues yet.