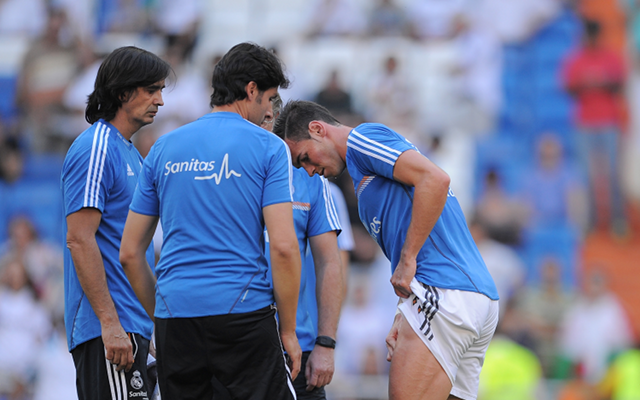 Wales winger may be back in action by the weekend though.

Real Madrid wide man Gareth Bale, the world’s most expensive player, is set to miss the Spanish giants’ Uefa Champions League Group B encounter with FC Copenhagen on Wednesday night through injury, according to reports in the Daily Mail.

The Wales international has endured a frustrating time of it since leaving Tottenham Hotspur for the Santiago Bernabeu in a world-record transfer worth a whopping 100 million euros on Sept 1.

Bale, who was unable to take part in preseason with his former club as he sought to push through his dream move to the Spanish capital, then picked up a slight problem in his left thigh during the warmup ahead of what was meant to be the 24-year-old’s home debut against Getafe earlier this month.

However, after then missing Madrid’s trip to take on newly promoted Elche, Bale was reintroduced to proceedings for the second half of Saturday’s Madrid derby at the Bernabeu, although his presence on the field was still not enough to prevent Carlo Ancelotti’s side from suffering a 1-0 loss against their city rivals.

And now the Italian is understood to want to give his star man more time to rest his thigh injury rather than risk aggravating the problem in a match that Madrid should win comfortably.