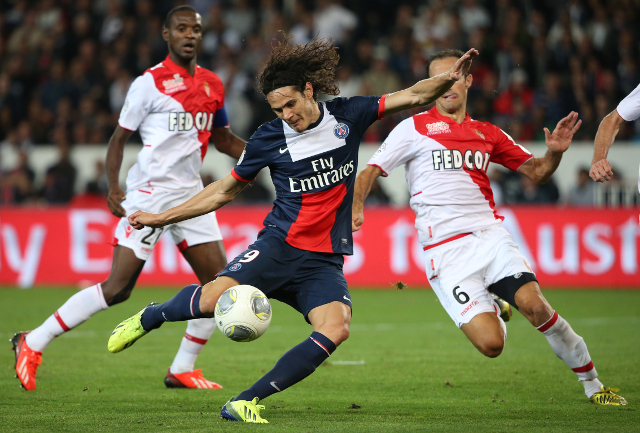 PSG star had been summer target for City.Napoli president Aurelio De Laurentiis claims that Manchester City tried to sign Edinson Cavani during the summer, but only bid £29m for his services, according to the Daily Mirror.

The talented Uruguayan striker had been one of Serie A’s best players over the last few years with his displays for Napoli, and eventually earned himself a £55m move to big-spending French giants PSG.

However, Cavani was well known to be attracting interest from all around Europe, including from the Premier League in the shape of last season’s runners-up Manchester City.

Seeking additions upfront, City manager Manuel Pellegrini eventually signed Stevan Jovetic and Alvaro Negredo, as the club were seemingly not willing to meet the asking price of Napoli for their star player.

Arriving from Fiorentina and Sevilla respectively, the pair cost just a combined fee of around £39m, with Pellegrini perhaps thinking about the strength of depth of his squad ahead of landing simply one supreme talent.

Although Napoli rejected City’s advances, De Laurentiis revealed that their interest in the 26-year-old had been very strong, saying:

“But they just offered, I don’t remember exactly but around 35 million [euros] so I didn’t accept – there was a high level of interest.”

Cavani has maintained his top form in France, scoring three goals in six games so far this season for Laurent Blanc’s side.