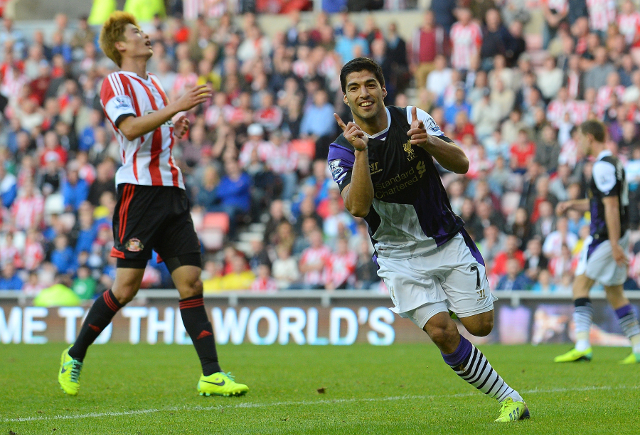 Real Madrid appear to be closing in on a move to sign Liverpool striker Luis Suarez with Punto Pelota claiming the player could be available in January for a fee of €50m (£41m).

According to this source the 26 year old is desperate to secure a move to the Bernabeu and with Real Madrid not getting off to the best of starts to their La Liga campaign and first choice striker Karim Benzema struggling for form it is perhaps a distinct possibility that Carlo Ancelotti will look to make an offer for the Uruguayan in January.

Suarez has now returned to action following his ten match ban for biting Chelsea defender Branislav Ivanovic, and though the former Ajax man hit a brace in Liverpool’s victory over Sunderland last weekend it is worth noting that Brendan Rodgers’s side managed just fine without the player when he was serving his lengthy punishment.

Liverpool collected six wins and two draws, with just one defeat, in the nine Premier League matches Suarez sat out and the great form shown by Daniel Sturridge as well as the addition of Iago Aspas as an attacking option could well leave the Merseyside open to offers for Suarez, especially if he continues to make it clear he wants a move away from the club.

Ancelotti saw his side lose the Madrid derby and after seven La Liga matches his side are already five points off the pace set by Barcelona and Atletico Madrid and could therefore see Suarez as a better fit for their front-line.