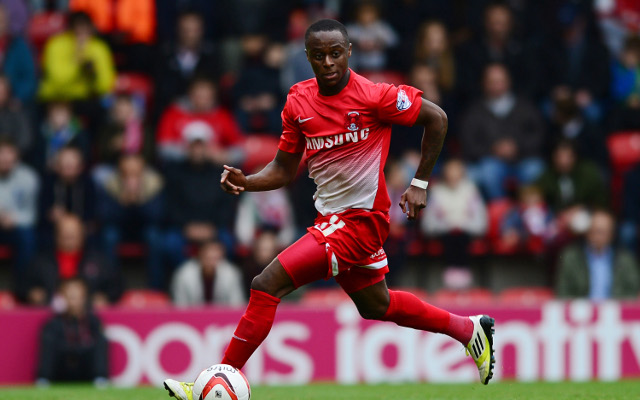 Tottenham are keen to bring the Greenwich-born flyer to White Hart Lane in the new year.

Tottenham Hotspur are understood to be interested in signing highly rated Leyton Orient wide man Moses Odubajo when the transfer window reopens once again for business for the year in January, according to reports in the Metro.

The exciting young Englishman has been with the League One high-flyers now since September 2010, with Odubajo having since appeared in 56 league matches for Orient, during which time he has managed to find the back of the net on just the five occasions going into this season.

Meanwhile since the start of the new campaign, the 20-year-old has really caught the eye with some of his displays for the Londoners, who have made a sensational unbeaten start to the season, registering two goals and seven assists in his 12 matches in all competitions for the club.

And it is those kind of attacking displays that have reportedly drawn the attentions of a whole host of Premier League giants, including the likes of both Manchester United and Arsenal, who have sent scouts to the Matchroom Stadium of late to watch Odubajo in action first hand.

However, it is the north London club who are said to be most interested in the player, with Tottenham believed to be preparing a £1m offer for Odubajo in January.