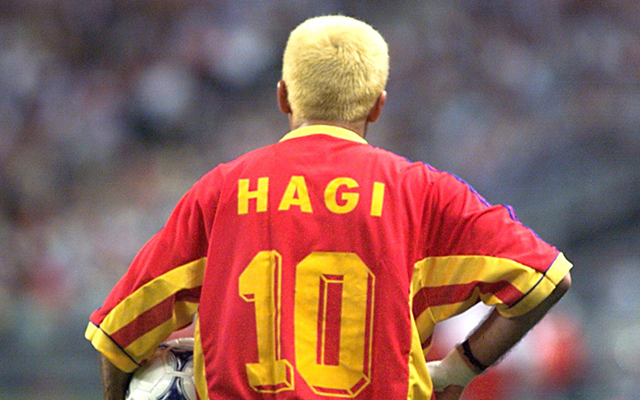 Former Romanian international legend Gheorghe Hagi proved that he is still handy on thre pitch despite his advancing years earlier this week in a legends match between Turkish giants Galatasaray and Barcelona.

The Turks managed to edge the honours by a goal to nil, but even more impressive than the goal was Hagi’s amazing pirouette pass.

With just 20 minutes on the clock, Hagi received a pass on the right hand touchline and with a Barca player for company he managed to duck out of danger with a pass that would surely have Cristiano Ronaldo rubbing his eyes in disbelief.