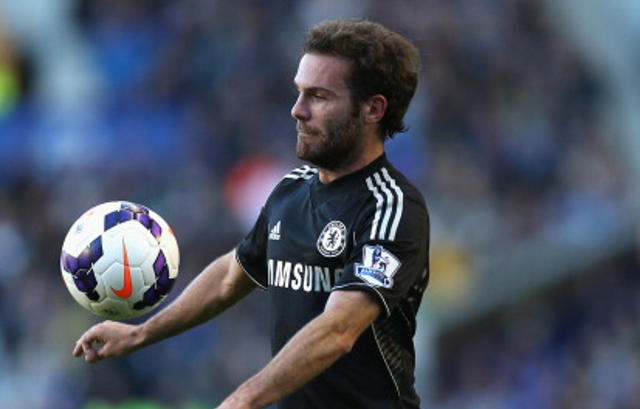 Chelsea star Juan Mata says he is not getting down about having to adapt his game to impress new manager Jose Mourinho this season, he said in an interview with the club’s official website.

The Spaniard was speaking after a strong display from himself and his team-mates saw Chelsea emerge 4-0 victors in the Champions League last night, in an impressive away win at Steaua Bucharest.

Despite being a key player for Chelsea over the last two seasons, Mata had a difficult start to this campaign after falling out of favour with Mourinho, who returned to Stamford Bridge as manager after a six-year absence.

This had led to great speculation that the 25-year-old could be set to leave the club in January, with the likes of PSG and Atletico Madrid supposedly waiting in the wings and monitoring his situation.

However, he now seems to have impressed his manager sufficiently to force his way back into the team, much to the delight of a large section of Chelsea’s fans, who had been baffled by the decision to leave the former Valencia man out of the side.

But Mata himself says he did not allow the snub to get him down, saying: “I’m not the kind of man that gets down. I always believe in myself and train really hard. This is my way to behave, to be positive as much as I can.

“I have really enjoyed playing for this club in the last two seasons. I know what I can give to the team and I’m just trying to do that.

“I have to do this [to adapt to Mourinho’s instructions]. I try to do my best in every game and I think I’m doing that.

“I try to improve every season, my first and second seasons were fantastic but I want this one to be even better so I will try to improve, score goals, assist and do what I have to do.”