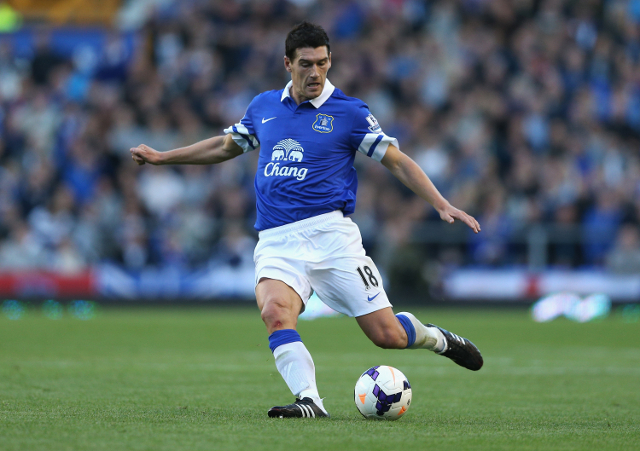 The Spaniard, who took over at the club after leaving Wigan in the summer, brought both players in on transfer deadline day, and their immediate fine form at Goodison Park has helped make up for the departure of Marouane Fellaini to Manchester United.

Barry is only a loan signing from Manchester City, though Everton have expressed an interest in making the signing of the veteran midfielder permanent next year, as he seems unlikely to force his way into the plans of Manuel Pellegrini at the Etihad Stadium.

Young Republic of Ireland international McCarthy first shone in the Premier League under Martinez at their old club Wigan, and moved in a late £13m deal this summer, having also attracted strong interest from the likes of Newcastle and Liverpool.

With youngster Ross Barkley also starting the season in superb form, Martinez feels understandably pleased with the future of this Everton squad, who remain unbeaten in the Premier League after their first six games of the season, and sit in a healthy-looking position of fourth place at the moment.

“I thought McCarthy had a terrific partnership with Barry and that pleases you a lot,” Martinez said. “It allows you to build a good future for the football club.”

McCarthy himself is also pleased with how things are going, though he admits he is still always keen to learn and improve.

“I still need to keep my head down and keep working hard. It still comes down to a day-to-day basis,” he said.

“With Gareth Barry alongside and Ross Barkley in front I really enjoyed it.

“Now we just need to kick on. The unbeaten record is still going and we are gelling as a squad and long may it continue.”