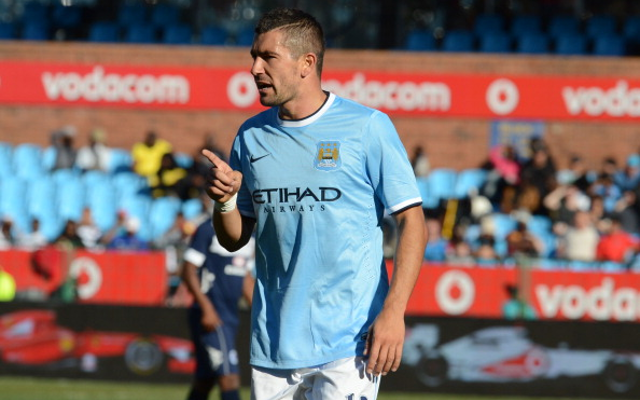 The Italian, who is back in work for the first time after being sacked by City in May, has supposedly made Serbian left-back Aleksandar Kolarov one of his main targets for his new club when the transfer window opens again in January.

Galatasaray have managed to spend big money on attracting some of the game’s biggest names in recent times, bringing in both Didier Drogba and Wesley Sneijder last year, and targeting the likes of John Terry and Lukas Podolski during the summer transfer window.

Mancini himself is no stranger to big spending from his time in charge at the Etihad Stadium, and the 48-year-old is confident that he will be able to bring in some high-class targets when he next has the opportunity, and will start with a move for Kolarov, who could be available after becoming something of a squad player at City.

Mancini first brought the left-back to Manchester from Lazio back in 2010, though he was never truly a regular under his reign either, as the manager then moved to sign Gael Clichy from Arsenal the following year.

Clichy still seems to be the first choice under new manager Manuel Pellegrini, and Kolarov may be open to a new challenge in the middle of the season, having seemingly flirted with possible moves away during the summer as well.

The likes of Juventus and Inter Milan had shown some interest in bringing the 27-year-old back to Serie A, though these moves never materialised, but his continued difficulty in claiming a regular starting place could mean he is allowed to leave if Galatasaray and Mancini come calling.

Mancini was not known for having the best relationships with his players during his time at City, though this is thought to be the case in particular with a few individuals, and may not include Kolarov, who is understood to be open to a possible move to Turkey and a reunion with his former boss.

It remains to be seen if Mancini will pursue some of Galatasaray’s other summer transfer targets in January, such as Chelsea midfielder John Obi Mikel, or if he will seek to put his own stamp on the team and search for mostly new targets.