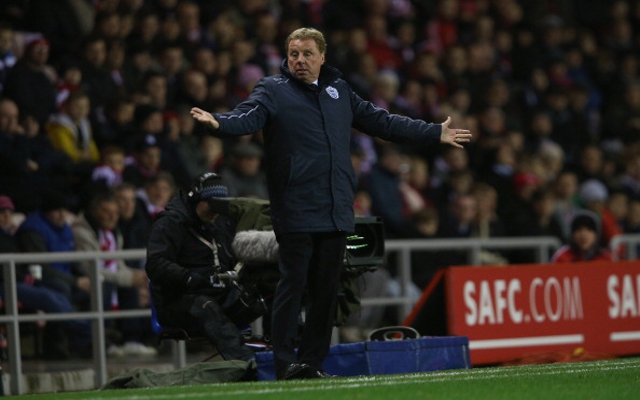 QPR boss not thinking about players out on loan.

Check in to QPR vs Barnsley

Queens Park Rangers manager Harry Redknapp says he is not thinking about returns for the players currently out on loan from the club, according to the Daily Express.

The London club suffered relegation from the Premier League last season, and as such have suffered the loss of several of their big names this year, with the likes of Loic Remy, Adel Taarabt and Park Ji Sung all leaving the club on loan for the year.

It had been suggested that these high-profile players could return to Loftus Road if Redknapp’s side achieve promotion back to the top flight this year, but Redknapp has moved to rule this out as he is not interested in taking on players who are not committed to the club.
“Remy wanted to go to Newcastle, so good luck to him.

I hope he does well,” he said.”He’s not in my thoughts. I only want people who are here and want to be here, that’s all I’m concerned with.”Taarabt and all those who’ve gone on loan, good luck to them. I hope they do well, stay where they are and get a contract there.”