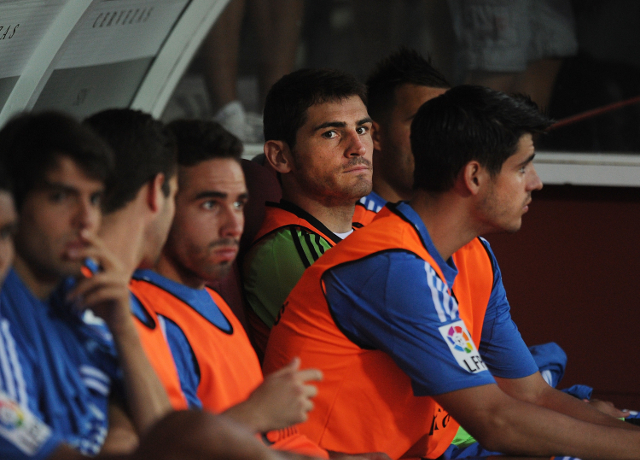 Real Madrid goalkeeper Iker Casillas looks set to disappoint Manchester City and AC Milan with the news that he doesn’t want to leave the Bernabeu, according to talkSPORT.

The Spanish shot-stopper’s future has come under intense speculation over the last few months with new Real Madrid manager Carlo Ancelotti continuing to leave the 32-year-old on the bench as his predecessor Jose Mourinho did last season.

With next summer’s World Cup in Brazil nearing, Casillas will be keen to be number one for his club to be in with a chance for securing a starting spot for his country, whom he captained to World Cup glory in the last tournament in South Africa in 2010.

However, the long-serving Real Madrid star says that despite his current struggles, he will not be looking to move on from the club that he has been with his for his entire career.

He also stated that he does not want to put himself above the team, and hopes that the club can be successful whether he plays or not.

“Eight months without playing with continuity is a long time, but I still say that I do not want to leave Madrid,” he said.

With Joe Hart in poor form at the moment, rumours had circulated that Manchester City could see Casillas as an ideal candidate to replace the England international.