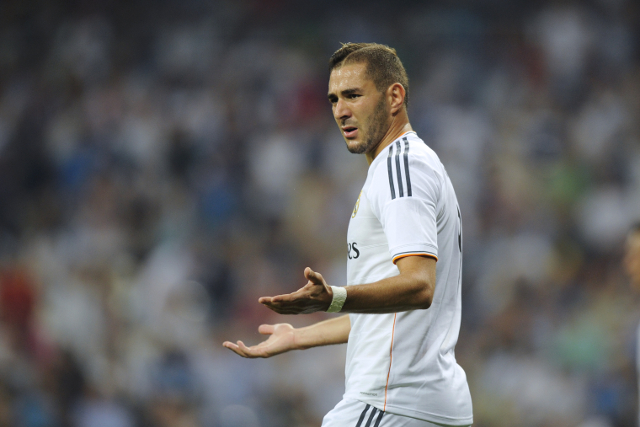 Check in to Levante UD vs Real Madrid

Real Madrid striker Karim Benzema has played down speculation that he could be set to leave the club in the January transfer window, according to talkSPORT.

The 25-year-old has become the subject of much transfer speculation in recent months after some disappointing form for club and country, and recently being booed by the Bernabeu fans.

This has alerted the likes of Arsenal and Chelsea to his potential availability, with rumours also suggesting that Real Madrid are keen to see him make way as they look to bring in Luis Suarez from Liverpool as a replacement when the transfer window re-opens.

However, despite the speculation and reports, Benzema says he is keen to carry on playing for the club and improve his form, accepting the criticism that has come his way from a section of their supporters.

“There is no problem for me, so I just have to keep working,” he said when asked about his future.

“I am calm – the most important thing is to play. I need to defend more – I get the public message.

“I will continue to give my all.”

Benzema first arrived at Real Madrid from Lyon in 2009, and has scored 91 goals in 192 appearances for the Spanish giants, becoming a key player for the side as they won La Liga in 2012, before struggling to recapture his best form as the team as a whole struggled under Jose Mourinho last season.