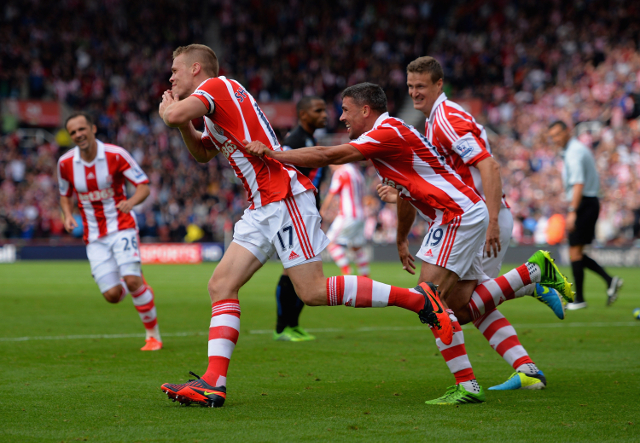 Stoke City defender Ryan Shawcross has denied rumours that he had a training ground bust-up with team-mate Kenwyne Jones, according to Sky Sports.

Reports had emerged that there had been some unrest at the club after the dismissal of long-serving manager Tony Pulis in the summer, and while Shawcross moved to thank his old manager for his fine work with the club, he insisted that the atmosphere at the Brittania Stadium was good under new manager Mark Hughes.

Asked about friction between himself and Jones, Shawcross suggested that one shouldn’t believe everything written in the papers.

“It’s the old cliche of don’t always read what’s in the papers, it is not always truthful,” he said.

“I think that is what has happened here – nothing really went on to be honest and team spirit stays as it always has been, fantastic.

“There are no problems with anyone and we are just enjoying our football with the new manager.”