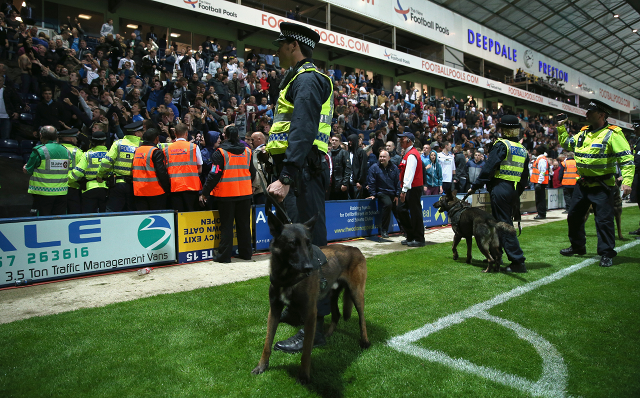 Dogs really do bite the hand that feeds them.

Check in to AFC Bournemouth vs Millwall

Millwall and Leeds have always had somewhat of a strained relationship, and that continued last weekend as the two sides met in the Championship at The New Den.

The South London side ran out 2-0 winners on the day, but the biggest cheer came before the game when one of London’s finest got a little over excited.

As scenes at London Bridge Station looked as though they could boil over, the police dog set about attacking one of the policemen by biting him in on the backside.