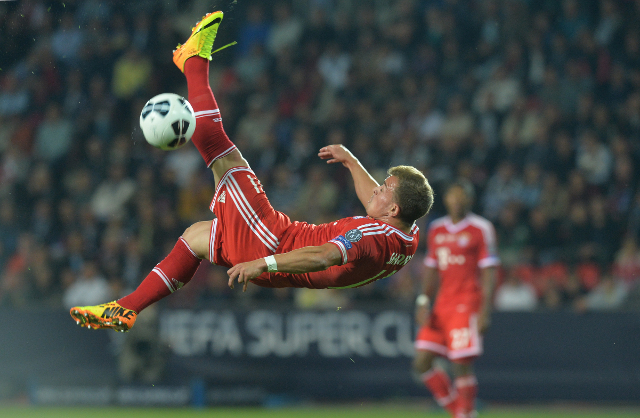 The 21 year old attacker completed his move to Allianz Arena last summer but has thus far struggled to retain a prominent role in the Bundesliga side’s starting eleven and as such it’s perhaps unsurprising that he would be attracting interest from prospective suitors.

The pint sized wide-man may well therefore be considering his options, fearful that he could end up warming the bench in the long term under Guardiola and knowing all too well that Gunners boss Arsene Wenger is a manager who trusts to youth.

Shaqiri is perhaps ideally suited to a move to join the North London side, comfortable on the ball and a player who has an eye for goal though is also more than able to weigh in with a large number of assists.

This source claims Arsene Wenger is ready to offer €15m (£12.6m) for Shaqiri though one would imagine Bayern Munich would demand more for a player tied down to a long term contract that runs until the summer of 2016.

Wenger uses Lukas Podolski and Theo Walcott in wide attacking roles but can also call upon Santi Cazorla and Mesut Ozil in more withdrawn floating roles but given the obvious ability and potential Shaqiri possesses one can see why the Arsenal boss would be keen to land the talented wide-man.