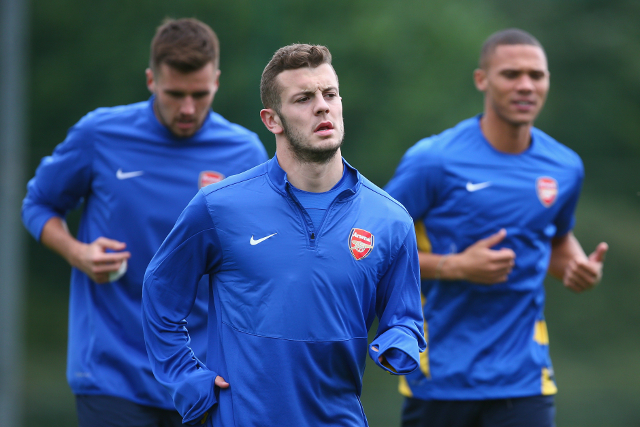 It appears that Arsenal midfielder Jack Wilshere has been ‘caught’ smoking a cigarette outside a nightclub and visual evidence of this ‘fact’ may well not endear him with Gunners boss Arsene Wenger.

The England international is currently struggling to force his way back into the Arsenal starting eleven due to sterling displays from the likes of Aaron Ramsey and new signing Mesut Ozil leaving the 21 year old having to make do with the occasional cameo appearance from the bench.

Luckily it does appear that Wilshere was given permission to visit the nightclub following Arsenal’s 2-0 win over Napoli though what he did when there may well result in disciplinary action. 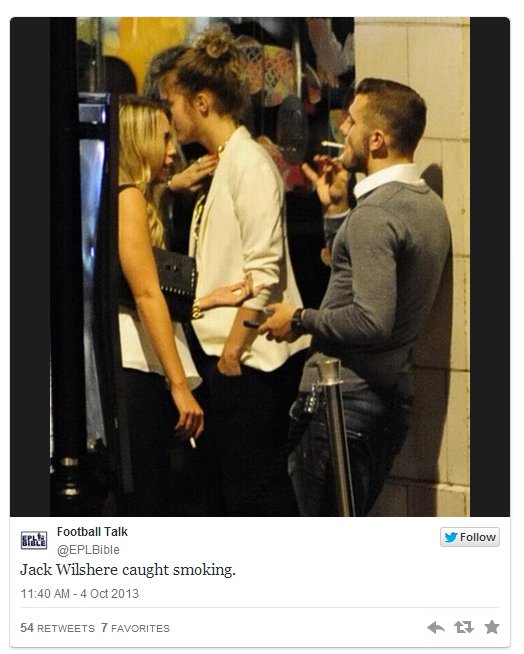