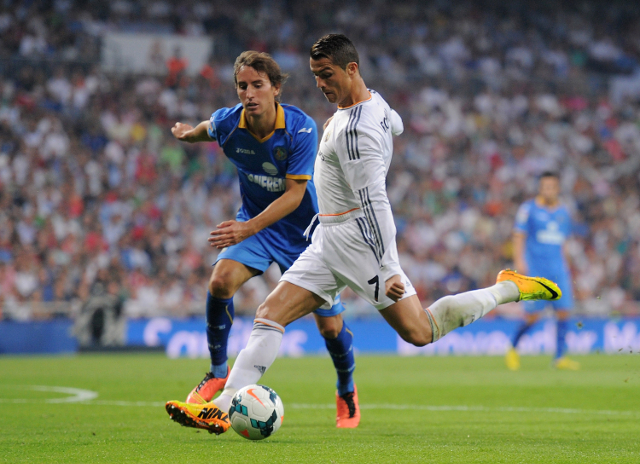 Our rundown of this weekend’s La Liga action.

The Yellow Submarine continue their impressive return to the top flight by taking on the Pozzo owned Granada. Currently in 6th place the side look like the force they used to be.

Malaga have began to click into gear recently but are still overcoming the trauma of losing the bulk of their best players over the summer. Osasuna have been crack relegation dodgers for years, but have looked rudderless so far and there’s a sense that this could finally be their year.

Else have struggled, as many expected them too, and that could continue as they host an impressive Espanyol side who currently sit just outside of the European spots. However, the Catalans have lost their past two games and Elche are coming off the back of their first win of the season, so anything could happen.

It’s all gone horribly wrong for Reyo since their opening day victory as they’ve lost the following six games on the bounce. Sociedad have struggled to cope with their Champions League obligations and are only four points better off. Sociedad will be fancied to get a result, but with Reyo looking to bounce back you couldn’t write them.

Levante continue to impress as everyone’s second favourite second team in Spain with their inventive brand of football, but they may struggle to stifle a Real Madrid side intent on finally catching up with their great rivals from Catalonia. Bale is expected to miss out, but with Cristiano Ronaldo firing on all cylinders it may prove difficult to notice.

It may be harsh on Valladolid to suggest that this game is already a foregone conclusion, but with Barca continuing where they left off it’s difficult to see any other outcome. The defending champions are scoring for fun already and lead the pack with seven wins from seven. The fact that Lionel Messi is missing probably won’t make much difference in truth, and Valladolid will be looking to limit the damage where they can.

Atletico look strong this year and could prove to be realistic challengers to break the stronghold that Barca and Real have on the league. They’ve already started strong and are level on points with the champions at the top of the tree. Celta did well to stay up last term, but have so far failed to get their motor running this term as they hover just above the drop zone.

Sevilla were one of the busiest sides during the summer transfer window, overhauling their squad entirely. However, the club have so far failed to recover from the loss of players like Alvaro Negredo and Jesus Navas and will likely struggle in a transitional year. Almeria are currently the only side in the top flight yet to record a win, so they may fancy their chances against their Andalusian neighbours.

Getafe have become a mainstay of the top flight over recent seasons and are continuing to gather steam in their ascent up the table. A steady start has seen them in eighth place and they will be boosted by the recent acquisition of Romanian international striker Ciprian Marica. Betis lost a number of players to Swansea over the summer, but have managed to retain the impressive Joel Campbell, but their stuttering start may threaten to derail their season.

Both sides have won plaudits for their football philosophy over recent seasons and they have started the season well, occupying 6th and 7th place respectively. However, there’s a concern that Valencia haven’t adequately replaced top scorer Roberto Soldado, who left to join Tottenham during the transfer window.