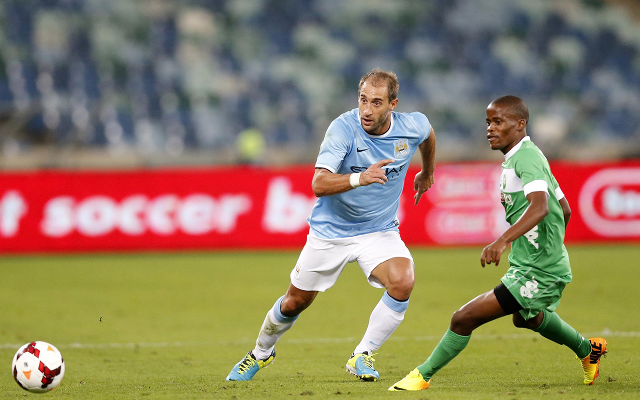 Manchester City right-back Pablo Zabaleta has made it quite clear that Iker Casillas would not be welcomed by him to the club, according to the Daily Mirror.

With current first-choice shot-stopper Joe Hart in a poor run of form, City have been linked with a January swoop for Real Madrid’s unsettled goalkeeper, who has been dropped to the bench for much of the last eight months.

However, Zabaleta has firmly stated that he believes the club do not need to sign Casillas, and that he hopes the Spaniard stays with his current employers.

“At Manchester City we do not need Casillas,” the Argentine is quoted as saying.

“He’s been linked with other clubs. I hope he stays in Madrid.”

A number of other teams have been linked with the 32-year-old following his surprise exclusion from the team under new manager Carlo Ancelotti, who has carried on where his predecessor Jose Mourinho left off by leaving the long-serving ‘keeper out of the team.

It has been suggested that Casillas would be looking to move in January as he won’t want to be on the bench in a World Cup year and risk losing his starting spot for the Spanish national team at next summer’s tournament in Brazil.

Widely regarded as one of the best goalkeepers in the world, Casillas captained his country to glory in the last World Cup in South Africa in 2010.