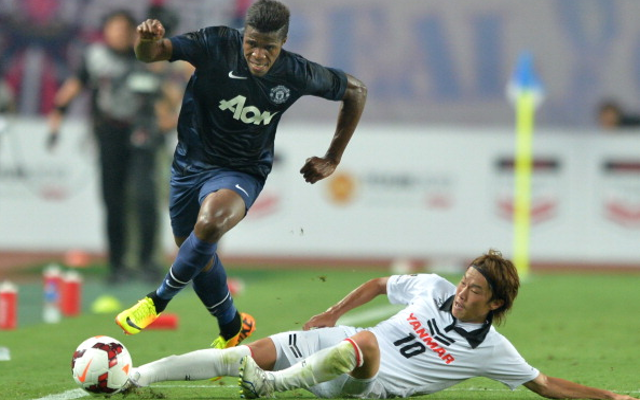 English starlet wants game time to boost his chances of featuring in next summer’s World Cup finals in Brazil.

Manchester United midfield player Wilfried Zaha will be allowed to leave Old Trafford when the transfer window opens again in January, according to reports in The Times.

The exciting young England international has only been with the Premier League champions since the turn of the year, when Zaha arrived in the north west from Championship outfit Crystal Palace, although the wide man was immediately loaned back to the Eagles for the second half of last season by the then United head coach Sir Alex Ferguson.

However, since the start of the new campaign, Zaha has barely featured for the Premier League giants under new United manager David Moyes, with the 20-year-old starting just the one match so far, and even that was the season curtain raiser against Wigan Athletic at Wembley Stadium in August’s Community Shield, which the player featured in for 60 minutes.

But, other than that hour at the home of football, the winger has not been seen in a United shirt at all under the Scot, and now it is understood that Moyes is willing to let Zaha move to a Premier League rival on loan in January so as to get some valuable playing time in the top flight, with the likes of Newcastle United, Stoke City and West Bromwich Albion all said to be interested in the Englishman.