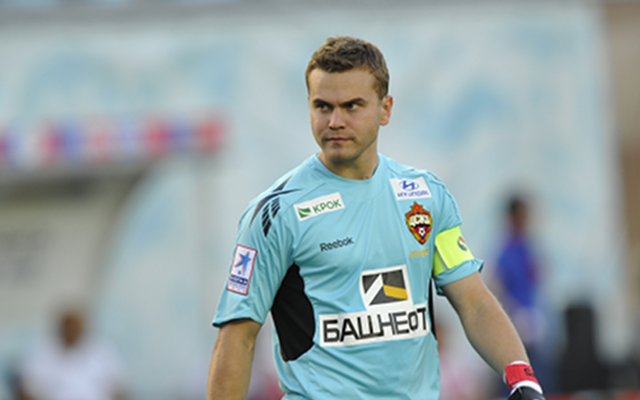 Check in to Juventus vs AC Milan

Reports in Russia have emerged claiming that CSKA Moscow goalkeeper Igor Akinfeev is a January target for Serie A giants AC Milan, according to Football Italia.

Italian website Calciomercato have already published a story linking several Russian news sources with the story suggesting that the Scudetto hopefuls will be able to table a bid for the 27-year-old in the winter transfer window.

Akinfeev’s current deal with the Railwaymen expires at the end of the season, and with talks over a new contract stalling, he could be available for a reduced fee in January, or nothing at all in the summer, much like teammate Keisuke Honda, who Milan have also been linked with.

Milan have held extensive talks with CSKA recently in the hope of landing Honda, but negotiations appear to have gone cold recently and what was once a foregone conclusion, the deal now seems to still be up in the air.

However, their focus may be turned onto Akinfeev as Christian Abbiati and Marco Amelia struggle to make the number one spot at the San Siro their own.

Akinfeev has made 355 appearances for CSKA since first breaking into the first team back in 2003.