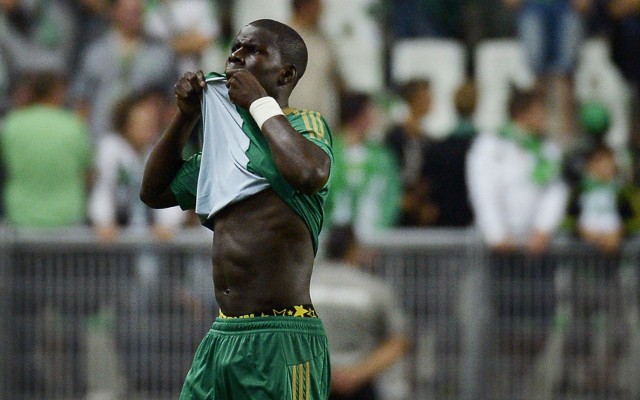 Premier League duo are both desperate to sign a powerful young centre back in January.

Both Manchester City and Manchester United are understood to be interested in signing highly rated St Etienne defender Kurt Zouma when the winter window reopens for business again in the new year, according to reports in the Daily Mail.

The France Under-21 international has been playing for the Ligue 1 outfit for the past two seasons now, after making his debut for les Verts against Bordeaux in August 2011.

And in the intervening two-year period, Zouma has managed to record four goals and an assist in total in his 50 appearances in all competitions for St Etienne, with all of his strikes arriving in Ligue 1.

As a result, it is understood that City recently sent their chief scout, Gary Wirthington, out to France to watch Zouma in action first hand, with the mega-rich Premier League side known to be currently on the look-out for a new centre back to play alongside club captain Vincent Kompany in central defence at Eastlands in the future.

However, it has now emerged that City’s arch rivals from Old Trafford are also believed to be keen on signing the 18-year-old in January too, meaning that the two top-flight giants are set to go head to head in the new year in order to land the £7 million-rated defender, whose contract at St Etienne runs until June 2017.