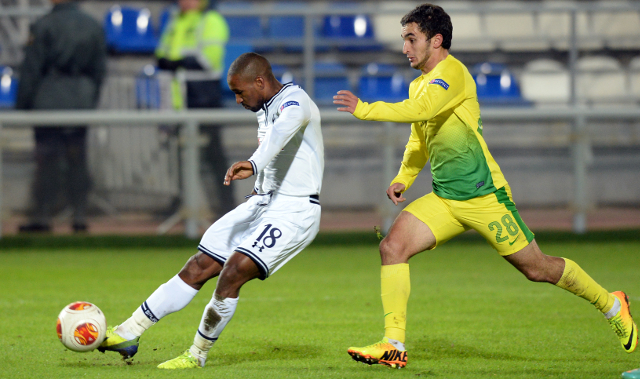 Tottenham manager Andre Villas-Boas says he is pleased with the form Jermain Defoe is showing for the club whenever he gets an opportunity, according to Sky Sports.

After an indifferent season in front of goal last year, with just 11 strikes in 34 Premier League games, it was thought that Defoe could be set to leave the club this summer, particularly when Villas-Boas moved to spend £26m to sign Spanish international forward Roberto Soldado from Valencia.

Soldado has started the season as first choice for Spurs, and has done well since moving from La Liga, though Defoe has certainly made the most of his opportunities to impress when given a chance in the Capital One Cup and the Europa League, with 7 goals in 8 games in all competitions.

Still, Defoe is yet to get off the mark in the Premier League, and has previously stated that he doesn’t wish to be seen as an ‘impact sub’, as he wants to be starting more games.

Villas-Boas has hinted that Defoe’s form could see him nick ahead of Soldado, as he is open to rotating his team depending on who is deserving of a starting place.

“We have been extremely happy with the performances of both [Defoe and Soldado],” he said. “It is a question of deciding what is best for the team.

“It was another great goal, a great finish. It’s really good to see him out there again doing extremely well whenever he’s given the opportunity.”