Emirates Stadium side ready to splash the cash in pursuit of major honours. 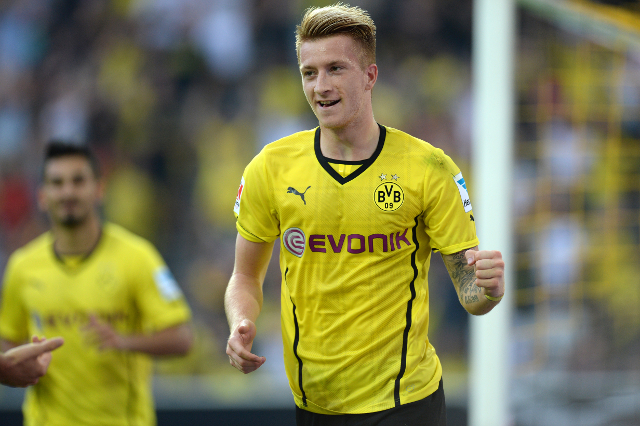 The Daily Star claim that the North London club will battle Man City in the race to lure Borussia Dortmund attacker Marco Reus to the Premier League.

The 24 year old has been in outstanding form since moving to Westfalenstadion 18 months ago and apparently both Arsenal and Man City are readying moves that would trigger the forward’s £34m release clause. Reus was key in Jurgen Klopp’s side’s run to the Champions League final and the former Borussia Monchengladbach man has netted an impressive 26 goals in 58 appearances.

Marco Reus could be seen as an ideal ‘support’ striker who could offer a fresh dimension to the Gunners attack. Arsene Wenger is now very reliant on in-form French forward Olivier Giroud, especially as the Arsenal manager sees both Theo Walcott and Lukas Podolski more as wide options.

Reus is very much a ‘Wenger-style’ player; comfortable on the ball, able to fill various roles from attacking midfield to winger to orthodox striker.

Having spent a club record £42m to bring in German international Mesut Ozil the Arsenal faithful would perhaps see the possibility of a successful bid for Reus as not entirely implausible.