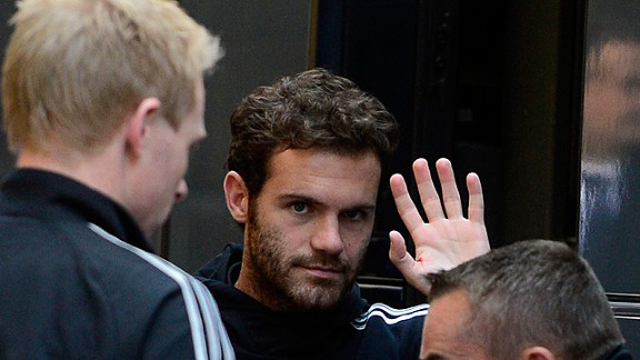 Ligue 1 big spenders PSG are poised to launch a £35m bid for Chelsea playmaker Juan Mata according to the Sunday Mirror.

The 25 year old Spanish international struggled to get a foothold in Jose Mourinho’s first team set-up in the early stages of the season but has proven himself of real value in recent matches though the uncertainty over his importance under the returning Blues boss’s could give PSG some hope that a move for the former Valencia man may succeed.

Mourinho’s attitude towards Mata confused many given the form shown by the pint sized attacker in his first two seasons at Chelsea, during which he played a key role in helping the West London side to Champions League, Europa League and FA Cup triumphs.

Mata scored 32 goals and provided nearly 50 assists in those opening two campaigns and is a player that most of Europe’s ‘Elite’ would jump at the chance of signing.

The potential success of a PSG bid will depend greatly on Mata’s continued presence in Mourinho’s starting eleven, or otherwise, in the lead up to the January transfer window.

Laurent Blanc’s PSG side have started the current season well, unbeaten in nine Ligue 1 matches, however they face a tough challenge of seeing off fellow big spenders Monaco who currently sit top of the table.