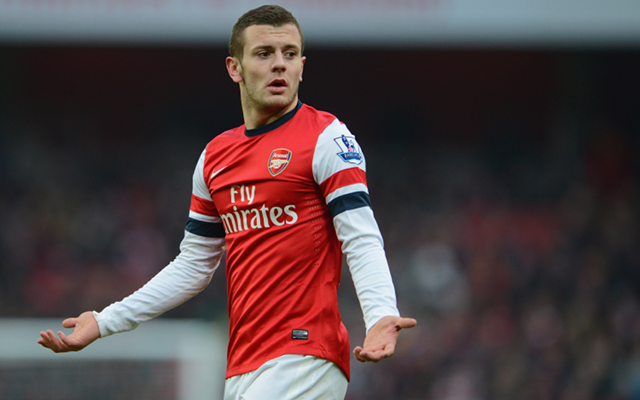 Arsenal boss Arsene Wenger has hailed the character shown by young midfielder Jack Wilshire after he rescued a point for the Gunners against West Bromwich Albion this weekend, Sky Sports reports.

Albion took an early lead thanks to midfielder Claudio Yacob, before the England midfielder’s strike managed to lift the Gunners back to the top of the table.

But the Frenchman was proud of Wilshere’s contribution, despite the 21-year-old playing out on the wing for the majority of the 1-1 draw at The Hawthorns.

“He had trouble today to find the rhythm of the game,” Gunners manager Wenger said on Sky Sports 1. “But he has character as well. He doesn’t give up, he continues to play his game and got a great goal.

“I believe he was fouled a few times, pushed over and didn’t get the fouls he deserved.”

Wenger also admitted that a draw was probably a fair result after both sides had chances to win the game.

“Over the whole game, I think it’s a fair point. Over the last half-an-hour, I have some regrets, because we could feel we had the opportunities to score a second goal,” he said.

“We again have shown character to come back into this game and in the second half being a goal down to equalise.”

Wilshire, meanwhile, admitted that he found it tough to play out of position, but has adhered to do his best for the team wherever he may be asked to play.

“It was a tough game, coming here is never easy. We are happy with the point,” he said.

“It was a tough game for me. I am not used to playing on the wing, I’m still learning it, but I’m happy to do it for the team. I got a goal which was nice, I’ve always said I want to score more goals.”