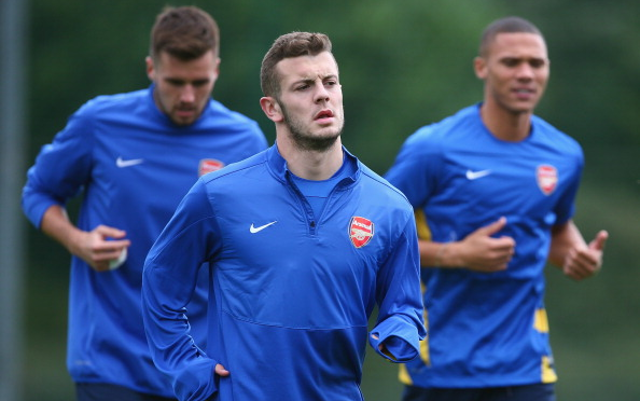 Gunners star finally confesses the cigs were his.

Arsenal midfielder Jack Wilshire has finally admitted to his ‘mistake’ of being caught smoking a cigarette on a night out before claiming it was a prank last week, only he now remains adamant that he is not a smoker, the Daily Mail reports.

Having been spotted out with the cigarette, the 21-year-old quickly tried to pin it on being a prank by claiming that he was just holding it for a friend, but he came clean after his side’s hard fought 1-1 draw with West Bromwich Albion on Sunday, in which he bagged a late equaliser.

“I made a mistake. Players make mistakes. I’m not a smoker,” he said defiantly when asked about the pictures by Arsenal.com.

“I spoke to the boss and he asked me what happened. I explained it to him and we sorted it out. He put me in the team and hopefully I repaid him.”

The England international hopes not to be caught out again and said: “I’m not a smoker, so I think that will be my last one.”

After the claims made by him and his agent that he was holding the cigarette for a friend, the Arsenal youngster then tweeted a picture of former France maestro Zinedine Zidane smoking and argued that it had done his football development no harm.