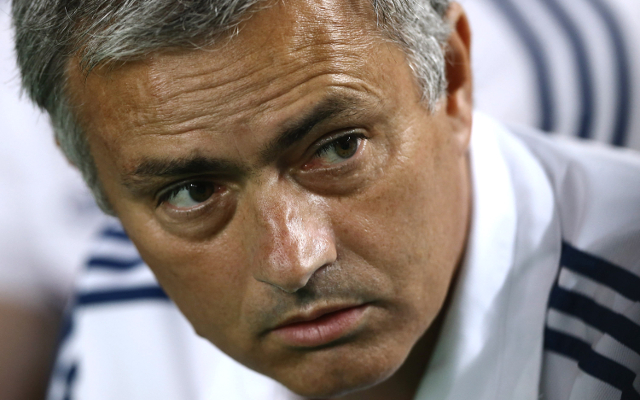 The Special One claims he ‘smelt defeat’ at Carrow Road.

Chelsea manager Jose Mourinho has revealed that he feared his side would slump to a defeat in this weekend’s clash with Norwich City before his substitutions saved the day, the Daily Express reports.

The Blues got off to a flying start after taking the lead in the fourth minute thanks to a goal from Oscar after Demba Ba laid off the chance from Frank Lampard’s through ball.

However, Chelsea then failed to take advantage of the lead and saw Anthony Pilkington level up for the Canaries after being denied a penalty after he was tripped by midfielder Ramires.

After the introduction of Eden Hazard and Willian, Norwich saw all of their hard work undone by a shambolic back-header that was seized upon by the Belgian, who squeezed the ball under goalkeeper John Ruddy before the Brazilian midfielder slotted home a superb angled drive to finally put the result beyond doubt.

“During the game I am not nervous. I have feelings. I smell things, and when that easy goal (from Ba) was missed, I had a smell that they would score a goal,” Mourinho said.

“That is why I had Eden warming up at 1-0 because I smelled that.

“We could have won or lost it at 1-1 because we, at that moment, didn’t want a point.

“If they had scored a second goal, we would probably lose, but we are trying to be top.

“After a point at Spurs, a point here would have been a bad result for us, so we tried to win it.”

Mourinho said that he knew something had to be done in order to turn the tables back in his favour.

“The situation had become difficult at 1-1. We all knew that a point here would be a bad result for us, but I think the team – not just the boys who came on – coped well with the pressure and, without totally losing the balance, we could gamble and risk a bit to try and bring something different to the game to see if Norwich could cope.”