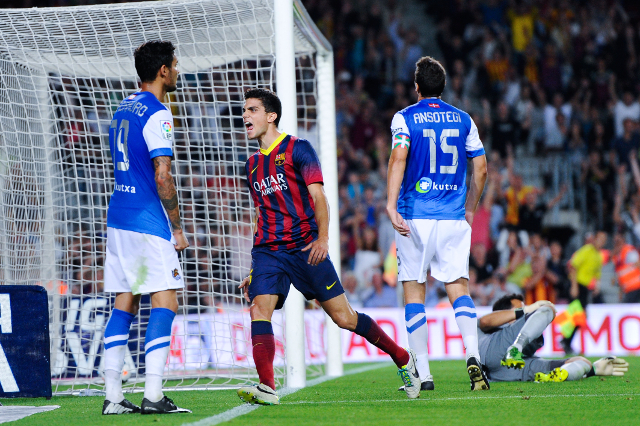 Chelsea are preparing a bid for Barcelona defender Marc Bartra with Jose Mourinho looking to make the most of player’s uncertain situation at the Nou Camp.

TuttoMercato claim that Mourinho will look to bring in the 22 year old centre-back, who’s current Barcelona contract comes to an end next summer.

Bartra has struggled to gain a foothold in the Barcelona first team set-up, this despite the fact that the Catalan club do not possess a great many central defenders in their armoury and as such the former Spanish Under 21 international may be open to a fresh challenge.

Marc Bartra managed just three La Liga starts last term and may have hoped that things would improve under new boss Gerardo Martino but the youngster has collected just one domestic league start thus far this term and is therefore understandably reticent about signing a new contract.

Though Jose Mourinho has a fair few central defensive options; John Terry, Branislav Ivanovic, Gary Cahill and David Luiz, the Blues boss may feel that the chance to bring in Bartra, a player with undoubted potential, ‘on the cheap’ is too good to pass up.