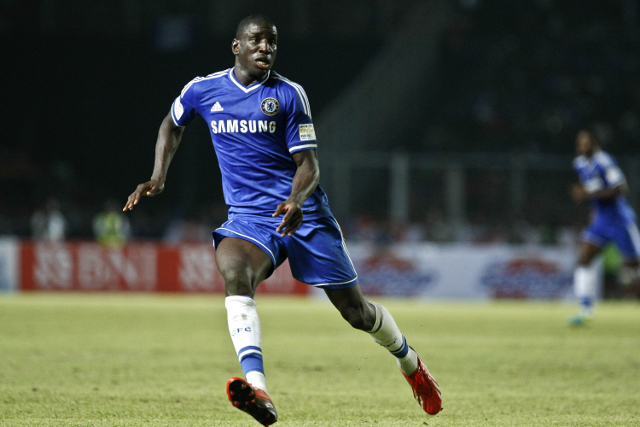 Blues to try their luck with striker swap.

Chelsea will try their luck with a swap deal involving Demba Ba as they look to sign prolific Galatasaray striker Burak Yilmaz this January, CaughtOffside can reveal.

Blues boss Jose Mourinho has not been convinced by Ba’s performances this season, with the Senegalese striker often behind Samuel Eto’o and Fernando Torres in the pecking order at Stamford Bridge.

Ba’s performances for Chelsea since arriving at the club last January have been far from convincing in general, as he has just two Premier League goals in 15 appearances, in stark contrast to the prolific form he showed at his former club Newcastle.

His uncertain situation at Chelsea saw Ba linked strongly with a return to Newcastle this summer, though it was Arsenal who came closest to signing him on transfer deadline day, though Mourinho blocked a loan move late on due to Arsenal’s signing of Mesut Ozil and the decision of Romelu Lukaku to join Everton on loan.

Still, with Chelsea likely to enter the market for another striker this January, Ba could once again attract some interest, and it has now emerged that the Blues will look to use him as part of a swap deal to bag one of their main targets, Galatasaray’s Yilmaz.

The free-scoring Turkish international scored an impressive 32 goals in 39 games last season, which saw him attract attention from a whole host of Europe’s top clubs during the summer, including Chelsea’s rivals Arsenal and Manchester United.

Lazio also came close to signing the 28-year-old, though a move fell through late on, and Chelsea could be one of several teams to try and sign him again when the transfer window re-opens.

The Turkish giants, now managed by former Manchester City manager Roberto Mancini, could be tempted into a deal if they manage to bring in another big name as a replacement, and may see Ba as a good option to play alongside other recent marquee signings such as Didier Drogba and Wesley Sneijder.

However, with the likes of Arsenal and Roma likely to reignite their interest in Ba, it remains to be seen if the player himself would favour a move to Turkey over the chance to remain in England or try his luck in the slightly more glamorous Serie A.

Although there are potential complications in this deal, Chelsea are understood to be hopeful of bringing it to completion, though they have the likes of Porto’s Jackson Martinez in mind as other top class targets.