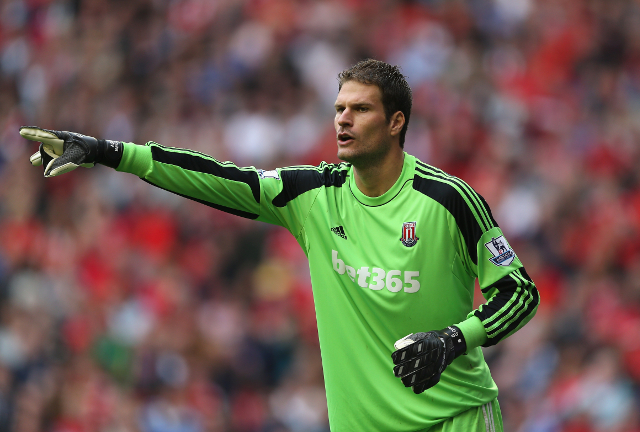 Another option in that position for Manchester City could be one of the best up-and-coming goalkeepers in the Premier League, Stoke City’s Asmir Begovic. Manuel Pellegrini’s predecessor Roberto Mancini had reportedly lined up the talented Bosnian shot-stopper as a replacement for Hart after the England no.1’s struggles last season, though he never got a chance to sign him after being sacked by the club in May.

Pellegrini initially decided to stick with Hart for the season, though he may be changing his mind now after continued clangers from the 26-year-old, and Begovic is surely going to be leaving Stoke sooner or later, having shown himself to be capable of playing for a far bigger club. The Potters, of course, also have promising youngster Jack Butland waiting in the wings as Begovic’s replacement, which means Stoke could be persuaded to sell their star player for a reasonable price this January.

With so many goalkeepers being linked to City at the moment, it’s hard to know who they’ll go for, but Begovic is certainly up there with the best of them at the moment, and Pellegrini may want to act fast before a number of other clubs watching him make their move.