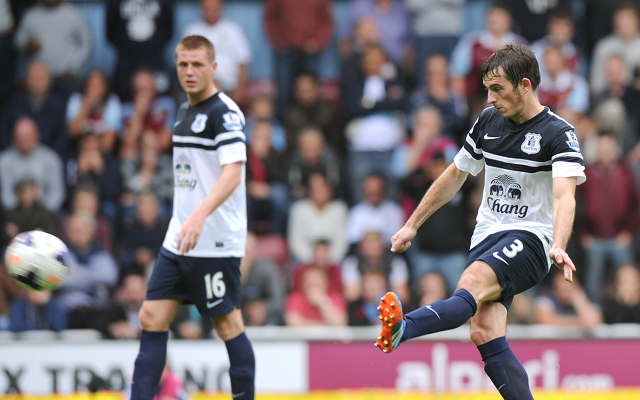 Everton full back Leighton Baines has said that he believes the club have the strongest midfield since he first arrived at the club, the Daily Express reports.

Baines has been at Everton for the past seven years now and has seen his stock rise into becoming one of the finest players in the Premier League.

The Merseyside club saw their unbeaten run in the league this season come to an end at the weekend thanks to a 3-1 defeat at the hands of title contenders Manchester City, but Baines believes the club will bounce back thanks to the impressive array of talent available to them in the middle of the park.

“From what I can remember it is, just because of the quality we have and there are a lot of players fighting for places,” he told the club’s in-house channel Evertontv.

“We have Steven (Pienaar) to come back (from injury) so if we have everyone back fit we will have a really good squad and the manager has some decisions to make.”

Everton have collected 12 points from their opening seven games and currently sit in seventh spot in the Premier League table.