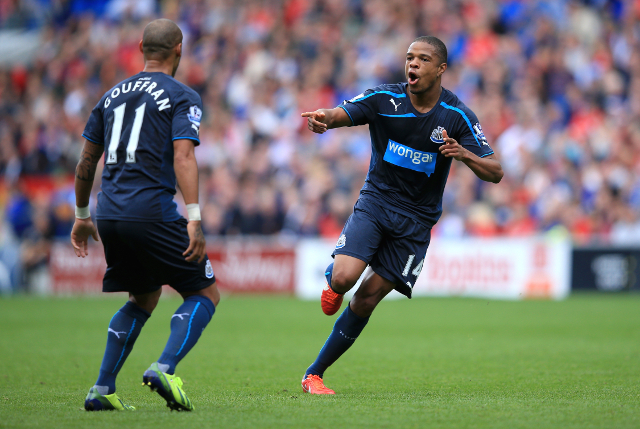 Newcastle United manager Alan Pardew is determined not to let on loan star Loic Remy slip through his hands again by signing him on a permanent deal at the end of the season, Sky Sports reports.

United looked to have secured a deal for the France international in January, only for QPR to steal in and land his signature in a £12.3m deal from Marseille.

However, Remy was allowed to leave Loftus Road on a season-long loan deal after Harry Redknapp’s side were relegated to the Championship, and he has been in good form for Newcastle, netting five goals in his last three appearances.

Two of those goals came in the 2-1 victory over Premier League new boys Cardiff at the weekend, and with Redknapp admitting that he would be prepared to let Remy go on a permanent deal in the summer, Pardew was quick to declare his interest in bringing him on board full time.

“I wish he had joined in January,” said Pardew. “I still remember the night clearly when we thought we had done the deal.

“We had a nice glass of wine, gave ourselves a nice, hearty, warm handshake and the next day he wasn’t there.

“But sometimes in life you have to wait. If you wait long enough it comes around.

“We are really pleased to have him, I thought he was excellent. Not just his two goals, but his work-rate and everything he did was competent.

“He is a player on our books and we are pleased to have him, but at the moment he is a QPR player.

“It was interesting to read Harry Redknapp’s comments that he probably won’t be going back, but we will have to see.”

However, Remy maintains that he made the right choice by joining Rangers and is insisting that he is only focussed on making a good account of himself this season.

“For the moment the question is not in my head,” he said of the possibility of remaining at Newcastle.

“We have time and I will go game by game. It is a good question but right now I am not focused on that.

“I don’t regret not joining in January. I decided to join QPR in January, but it was a choice (to join Newcastle) after QPR went down.

“I was happy to see Newcastle come back to me so now it is down to me to do the best I can for the club.”