A look at five players who could strengthen the White Hart Lane side this season. 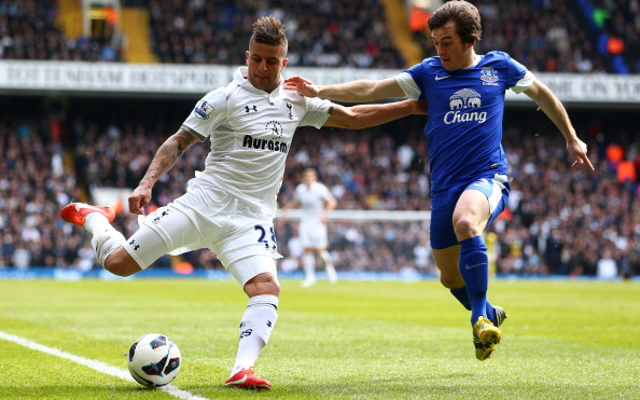 A well-publicised long-term target for Manchester United, it is now thought that Tottenham could take their own search for a new left-back to Everton’s Leighton Baines. The England international is certainly one of the best in Europe in his position at the moment and would be a great addition to Andre Villas-Boas’ side, especially if they can land him at the expense of one of their rivals.

Spurs were keen on the likes of Alvaro Pereira and Fabio Coentrao during the summer, and have also been linked with a January move for Domenico Criscito, but Baines’ attacking ability and quality from set-piece situations would surely make him the best option at the moment. With Gareth Bale gone, Baines could provide some of that same magic with his left foot, as he is surely one of the best free-kick takers in the Premier League. Of course, he is also a very capable defender and his experience could put him ahead of current first-choice Danny Rose.

With United also interested, Baines would no doubt be an expensive purchase, but it would make another great show of Spurs’ ambition in the transfer market, fitting in nicely alongside their excellent summer signings.