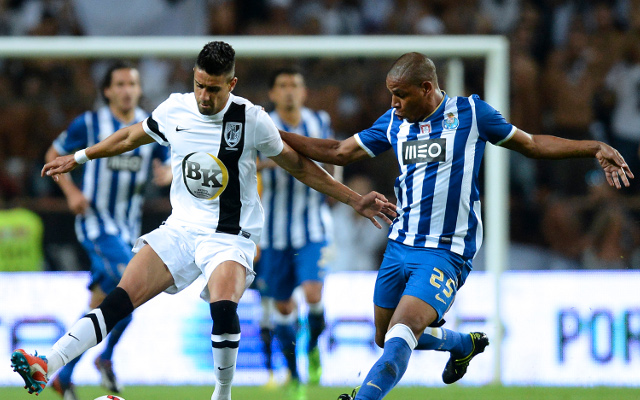 The 26-year-old almost put pen-to-paper on a deal to move to Goodison Park on transfer deadline day only to see the switch fall apart at the 11th hour, resulting in him remaining in Portugal for the start of the current season.

Robert Martinez is believed to still hold an interest in the player, but will have to act fast when the transfer window reopens in January as Inter are also thought to be keen on replacing midfielder battler Esteban Cambiasso with the Brazilian.

Serie A champions Juventus are also thought to be keeping tabs on him too and may very well be tempted to throw their hat into the ring too.

Yet to be capped by the Brazilian national side, Fernando does have some considerable success under his belt from playing in Portugal. In 122 appearances for Porto he has managed to collect three league titles and one Europa League trophy triumph.

He is out of contract next summer and could be available for as little as £6m if he decides to leave the Portuguese club in January.