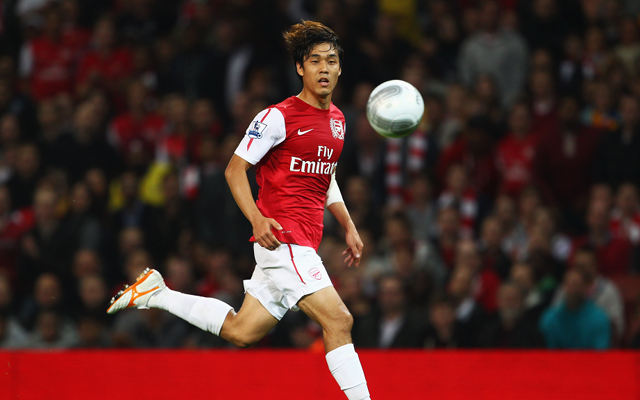 Championship outfit Wigan Athletic are interested in taking Arsenal forward Park Chu-Young on loan until the end of the year, according to reports in the Daily Mirror.

The South Korea international has only really been used as a bit-part player by Gunners head coach Arsene Wenger since first arriving in north London from Ligue 1 outfit AS Monaco in August 2011 on a four-year deal.

However, after just six appearances in total in all competitions and just the one goal for the Gunners in that time, including just a solitary run-out in the Premier League, Arsenal manager Arsene Wenger has now decided that Chu-Young is surplus to requirements at the club going forward, and so can move to the DW stadium on loan.

Wigan boss Owen Coyle is himself currently enduring a crisis up front at the club following recent injuries picked up by first-choice strikers Grant Holt and Marc-Antoine Fortune, which is why the Scot is so desperate to take Chu-Young on loan.

In fact, the one and only goal that the 28-year-old has so far scored during his two years in England actually came against Coyle’s Bolton Wanderers team in the 2011-12 League Cup.