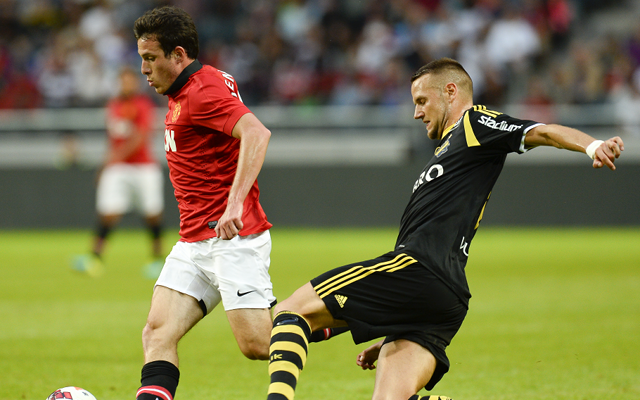 Central defender will be available on a free next summer.

Fulham are set to step up their interest in AIK defender Alexander Milosevic with a view to possibly signing the player at the end of the season, according to reports in the Daily Express.

The highly rated Sweden international has been attracting the attentions of a whole host of big-name clubs from across the Continent of late, including Premier League giants Arsenal, Tottenham Hotspur and Liverpool.

Meanwhile, outside of the English top flight, Glasgow Celtic, Fiorentina, Eintracht Frankfurt and AC Milan are also all said to be keen on landing Milosevic, whose current contract with AIK now only runs until June 30 2014.

However, it is the west London club who themselves are hoping to steal a march on the rest of their rivals by sending scouts out to watch the 21-year-old in action first hand in Sweden Under-21 international’s clash with Poland this week.

Milosevic has been with AIK since February 2011 when the centre back arrived at the club from Vasalunds IF on a four-year deal, with the Swede having since made 35 league appearances for his club going into this season, scoring just the one goal in the process.

And with Milosevic’s current deal with now less than a year left to run on it, the player should be available for a cut-price fee in January.