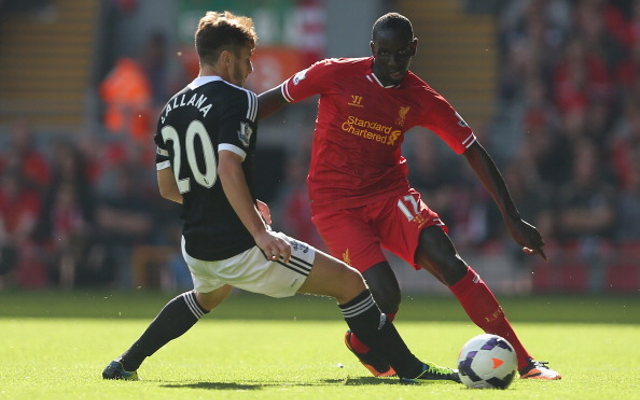 Centre back is eyeing up a  World Cup berth with les Bleus next summer.

Liverpool defender Mamadou Sakho has revealed that he left Ligue 1 champions Paris Saint-Germain in the summer to move to Anfield in order to win back his place in the French national team, according to reports in Le Parisien.

The occasional France international only moved to the Merseyside giants in the final hours of transfer deadline day, with Sakho joining the Reds on a four-year deal for a fee of £18 million.

And already in his brief time at the club, the powerful centre back has becoming something of a fans’ favourite due to his rugged and no-nonsense style of defending.

However, Sakho says that his own motivation for signing for Brendan Rodgers’s side was to regain his starting berth in les Bleus manager Laurent Blanc’s national team, with the 23-year-old having so far been capped on 14 occasions by his country since making his international debut as a second-half substitute in a friendly against England in November 2010.

And with this season ending as it does with the World Cup finals in Brazil, the central defender is desperate to be a part of Blanc’s squad for that global show-piece event in South America next summer, should France manage to qualify for the tournament that is.