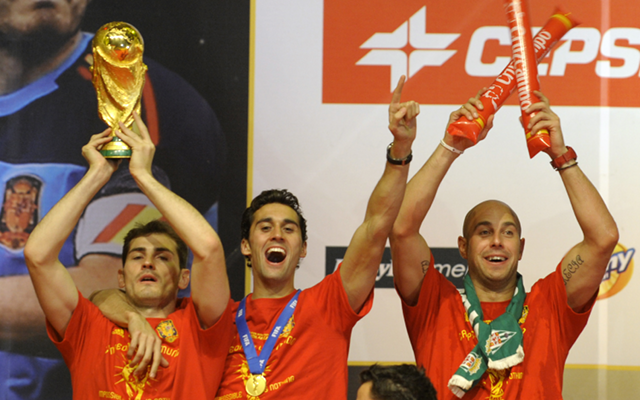 Barcelona midfielder Sergio Busquets has weighed in on the goalkeeper debate at the club by insisting that he would be happy to see Pepe Reina take over from Victor Valdes between the sticks next season, Sky Sports reports.

Current stopper Valdes has reiterated his desire to leave the club at the end of the season as he seeks a new challenge after 11 years at the Nou Camp. His contract will be expiring in June and he is expected to head overseas, but there has been rampant speculation over who will replace him over the summer.

Various press sources have linked the club with a number of younger options such as Thibaut Courtois, who is currently spending his third consecutive season on loan with Atletico Madrid from Chelsea, and Borussia Monchengladbach stopper Marc-Andre Ter Stegen.

However, Reina, who is also currently on loan at Napoli from Liverpool, has also been mentioned as a possible replacement and has also expressed a desire to head home to the Catalan club that launched his career.

And midfielder Busquets, who knows Reina from their time together with the national side, says he would welcome his fellow countryman to Camp Nou.

“He’s a great goalkeeper,” he told COPE Radio. “If he comes it would be fine.”

But, for now, Busquets wants the Barcelona supporters to appreciate the outgoing Valdes as he brings the curtain down on his distinguished career with the club over the next few months.

He added: “We can only enjoy him until the end of the season.”