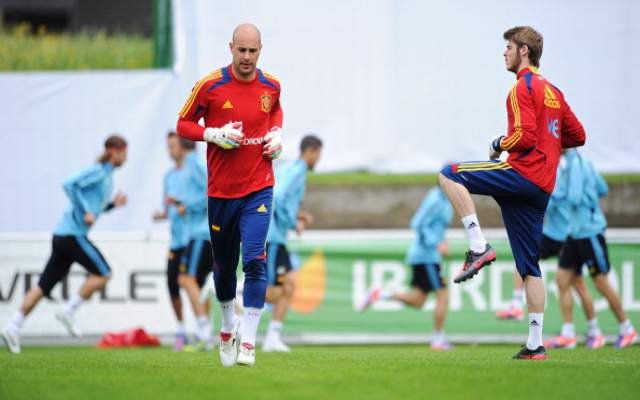 Barcelona midfielder Cesc Fabregas says he would welcome the signing of Liverpool goalkeeper Pepe Reina as a replacement for Victor Valdes, according to FourFourTwo.

The former Arsenal captain admits it is hard to imagine anyone other than the long-serving Victor Valdes playing in goal for the Catalan giants, and he has hinted that the 31-year-old’s future lies in the Premier League when he leaves the Nou Camp at the end of his current contract next year.

Valdes has spent his entire career with boyhood club Barcelona, but is keen on a new challenge, and Fabregas mentioned that a desire to live in a different culture and for his children to learn English is a big motivation behind this decision, hinting strongly that Valdes could be playing in England next season.

Victor has been here for 10 years and none of us can imagine another keeper in his place when we turn and look at our goal,” Fabregas said.

“Valdes has many roots here but is leaving for his life, he is curious to see how things are elsewhere, so his children can learn English and experience another culture.”

Meanwhile, Reina is out on loan this season at Serie A side Napoli, though it is widely expected that Barca will make a move to sign him from Liverpool next summer, with Napoli admitting they are not confident of keeping the Spaniard on a permanent deal.

Fabregas played against Reina many times during his time in the Premier League and also knows him well from the Spanish national team, and believes he would be a good signing for the Catalan giants.

“One of the things that Pepe (if he signs) can bring is that he knows all of us,” he added.

“He provides for a very good atmosphere in the dressing room and is experienced.”