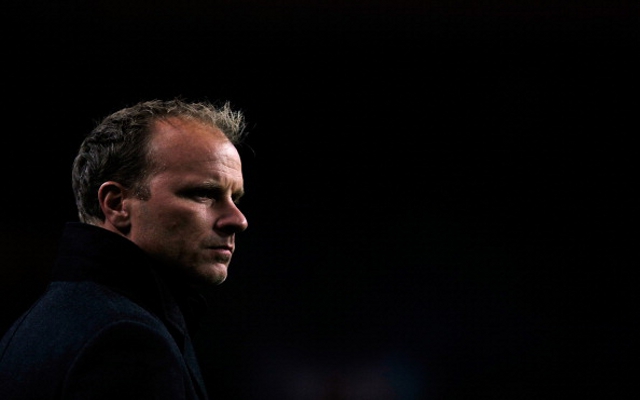 Arsenal legend Dennis Bergkamp has revealed that he would like to return to be a coach with the north London club one day, according to reports in the Daily Mail.

The one-time Gunners front man joined the club from Serie A giants Inter Milan in June 1995 for a then club-record fee of £7.5m, with Bergkamp going on to remain in the capital for 11 hugely successful years.

And during his stay at Highbury, the Dutchman managed to find the back of the net on 120 occasions in total in 423 appearances in all competitions for the club, including 87 strikes in his 315 Premier League outings.

However, since retiring from football in the summer of 2006, the 44-year-old has gone on to assist Ajax head coach Frank de Boer as his right-hand man at the Eredivisie champions, however, Bergkamp has now admitted that he would like to take up a similar role back in north London.

“The feeling Johan Cruyff has had for Barcelona, I have the same with Arsenal,” said Bergkamp.

“At Arsenal it was a good click. I always enjoyed it. I never had a bad day there. It is always on my mind. It is part of my ambition to come back at some stage.

“I see myself as being part of the coaching staff. I really enjoy that role, especially the individual training with the strikers.”

Meanwhile, Bergkamp has also gone on to sing the praises of Arsenal’s recent record signing from Real Madrid, Mesut Ozil, with the ex-Netherlands international believing the German playmaker could ultimately make the difference this season in Arsenal finally bringing to an end their eight-year wait for a trophy.

“With all the respect to the other Arsenal players, I think he is the one who can make a difference,” he said.

“The other players are good in midfield. But you need someone of a high level you can be good in all areas of the pitch.”