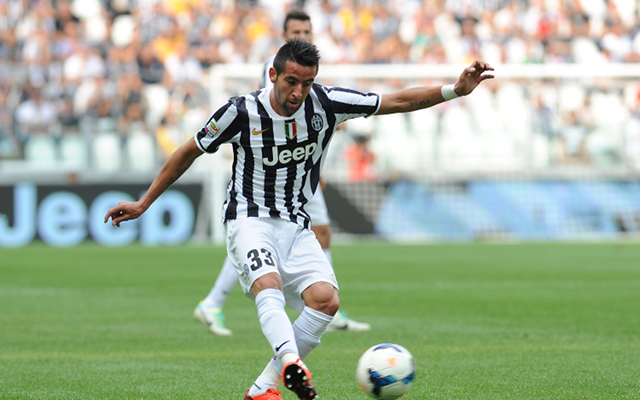 Arsenal boss Arsene Wenger is set to make a move for unwanted Juventus defender Mauricio Isla after being told by Antonio Conte that he is surplus to requirements in Turin.

CaughtOffside understands that Wenger is already looking up options to replace Bacary Sagna, who is set to depart the north London outfit at the end of the season after contract negotiations stalled last month.

Sagna is believed to want a longer term deal than Wenger is willing to offer, and with big-spending PSG and Monaco lining up to bring him back home it looks increasingly likely that the club will be in the market for a new full-back.

Isla, 25, has reportedly been told by Antonio Conte that his time at the Bianconeri will be up in January after he failed to live up to the promise shown when he joined from Udinese last summer for a fee in the region of €15m alongside Ghanaian midfielder Kwadwo Asamoah.

The champions had been prompted to spend the cash after he’d enjoyed a solid five-year spell with the Zebrette where he made just under 150 appearances and scoring seven goals in the process.

However, just 20 first team outings across all competitions last term have been followed up by five cameo appearances during the current campaign as Conte has apparently lost all patience with the Chilean international and is using him solely to keep his first team stars fresh in the face of a tough season.

Serie A rivals Inter Milan had been interested, but coach Walter Mazzarri was not willing to meet the £7m transfer fee that the current champions are hoping to command. Roma and Bundesliga side Wolfsburg had also been credited with an interest, but neither have followed up their initial enquiries with anything resembling a serious offer.

That leaves the door open for Arsenal, who are thought to be keen to send a scouting team over to Italy to take a closer look at him so they can decide whether to make a move in January or wait until the summer before committing, but Wenger’s claims of having money to spend left over from his summer war chest would stand them in good stead at being able to secure a deal should they want to.

Isla has 27 caps for Chile and has started the majority of their World Cup qualifying games so far.