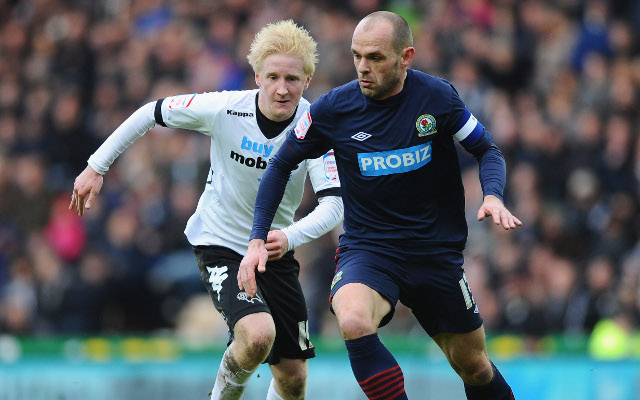 Former Liverpool and England midfielder Danny Murphy has finally called time on his 20-year career by announcing his retirement from the game, talkSPORT reports.

Beginning his career at Crewe Alexandra, where he came through the youth ranks, his time in game took in spells with Liverpool, Charlton, Tottenham, Fulham and Blackburn Rovers where he made over 600 appearances as well as collecting nine caps for the England national team in the process.

He won the FA Cup, two League Cups and the UEFA Cup during his time at Anfield, and was a key part of the Fulham side that reached the Europa League final in 2010.

The 36-year-old has been a free agent since leaving Rovers at the end of last season and has decided to give up the search for a new side in order to continue earning his coaching badges as well as working in the media alongside his quest to become a coach.

“There have been some press reports about whether I’m still playing or available but I decided a little while ago I would retire, I just didn’t make it official,” he said.

“So now I’m officially retiring because I’m sick of having conversations about it and almost stringing people along. I decided three or four weeks ago I was done, and this [live on the Colin Murray show] is the best place to do it.

“This is me, 20 years, I’m done. I’ve had a wonderful career and can look back on it with fondness.”