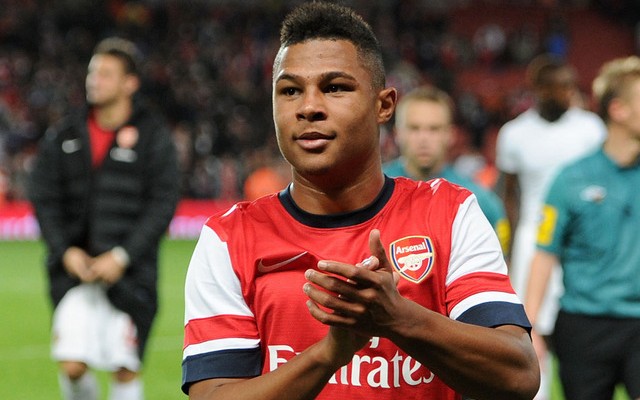 Inter Milan could be set to make a surprise bid to Arsenal for their exciting young winger Serge Gnabry this January, CaughtOffside understands.

The Serie A giants are on the lookout for additions on the wings this season, and have also been linked with up-and-coming Blackpool starlet Tom Ince, who has really caught the eye in the Championship over the last year, attracting interest from the likes of Tottenham, Newcastle and Italian duo Napoli and Juventus as well.

With Ince so high in demand, it is now thought that Inter will prioritise a move for German youth international Gnabry, who has impressed in recent outings for the Arsenal first-team, scoring a well-taken goal for the Gunners in a recent win against Swansea City at the Liberty Stadium.

Rated as one of the most exciting youngsters at the Emirates Stadium, Arsenal are unlikely to be keen on letting Gnabry leave at this stage, though the 18-year-old may be tempted by the offer of more regular first-team football on offer at the San Siro.

Having joined Arsenal from Bundesliga side Stuttgart in 2011, Gnabry has only just managed to break into the first-team setup this year, and is reported to have considered a return to his old club during the summer transfer window in a bid to gain more playing time.

Inter will try their luck with a bid of £9m, though they are unlikely to go a great deal higher than that for a player who, although a great prospect, remains inexperienced at the top level.

With Arsenal recently linked with a promising youngster at Inter, Patrick Olsen, it will be interesting to see if the Danish midfielder enters into negotiations at all, as the Serie A side have previously ruled out selling the 19-year-old to the north London side.

In normal circumstances, Arsenal may have considered allowing Gnabry to leave the club on loan this season, though at the moment he is needed by Arsene Wenger due to an injury sustained by Theo Walcott and a lack of depth in that position since Gervinho’s departure for Roma in the summer.

Still, with Gnabry filling in admirably for Walcott, he may find himself meeting his ambitions for more appearances in Arsenal’s senior side this year, and could feel confident enough to reject advances from Italy.

The Germany Under-19 international is understood to have outlined a desire to fight for his place at the Emirates Stadium as his main reason for rejecting a chance to re-join Stuttgart in the summer.