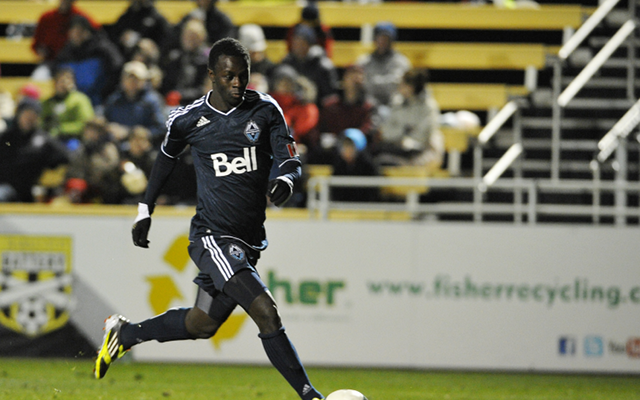 Check in to Colorado Rapids vs Vancouver Whitecaps

Premier League trio Liverpool, Arsenal and Chelsea are all said to be monitoring the progress of young Vancouver Whitecaps striker Kekuta Manneh, according to the Daily Star.

The Gambian born hit man rose to fame in the United States during his time at Lonestar SC, where he netter an impressive 21 goals in 16 games, and has seen his playing style likened to that of Arsenal legend Thierry Henry.

And the 18-year-old striker continued his impressive run of form by netting a classy treble for the Vancouver Whitecaps in their 4-1 win over Seattle Sounders yesterday.

In doing so he became the youngest player in MLS history to score a hat trick.

He has previously spent time with Chelsea after being invited over for a week long trial with the west London club in 2011, and though he didn’t do enough to secure a move at the time interest in his development has remained high.

Liverpool had offered him the chance to train with them on Merseyside over the summer, but he decided to stay in Canada in order to get more game time instead.

Understood to be a huge fan of Manchester United, it is believed that he would jump at the chance to play in the Premier League and clubs will be waiting to make their move in the January transfer window.