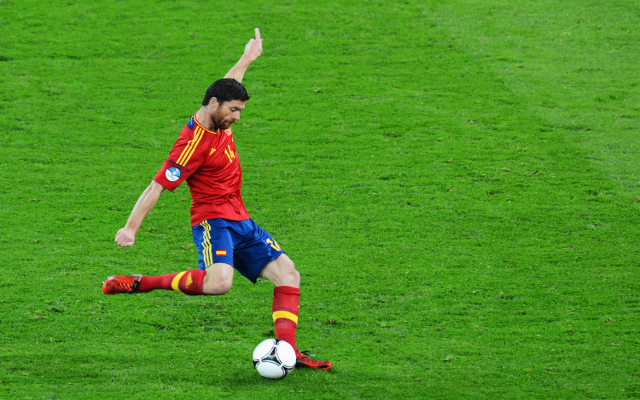 Liverpool and Chelsea look set to go head-to-head for the signing of Real Madrid midfielder Xabi Alonso this January, according to the Daily Star.

Alonso, who played for Liverpool between 2004 and 2009, has been a key player for the Spanish giants since his big-money move from Anfield to the Bernabeu, though he appears to have fallen down the pecking order this season, particularly after picking up an injury keeping him out of the side for three months.

And with Real Madrid manager Carlo Ancelotti reportedly plotting a move to sign Brazilian midfielder Ramires from Chelsea when the transfer window re-opens, Alonso may be forced to consider other options if he hopes to play regular first-team football this season.

The 31-year-old will not want to be on the bench in the build-up to a World Cup year, where he will hope to be starting for holders Spain as they look to retain their trophy in Brazil.

Liverpool have been on the lookout for a midfield playmaker of his type for much of the last few months, and Alonso could be the ideal candidate to come in and add some quality to Brendan Rodgers’ midfield.

However, Chelsea boss Jose Mourinho is also a fan of Alonso, having worked with him during his time as Real Madrid boss.