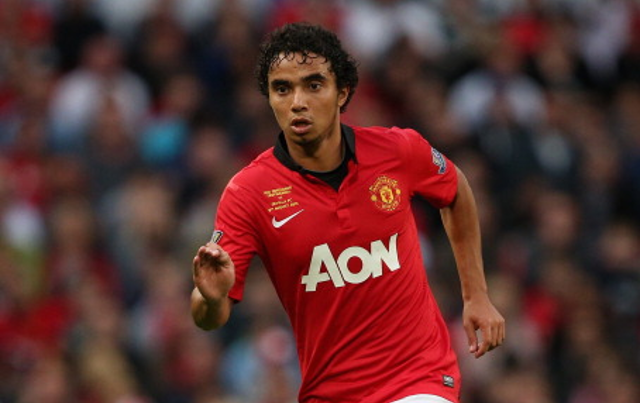 Manchester United defender Fabio Da Silva has given a strong hint that he may quit the Premier League champions as soon as the winter transfer window opens again in the new year, according to reports in the Daily Mirror.

The Brazil international has endured a frustrating time of it of late, with Fabio having been shipped out on a season-long loan to Premier League outfit Queens Park Rangers for the whole of the previous campaign.

However, despite featuring in 23 matches in total in all competitions for the struggling west London club last time out, during which time he managed to find the back of the net on one occasion, QPR were still relegated from the Premier League come the end of last season.

But despite returning to Old Trafford in the summer, Fabio has so far featured in only one match for the Red Devils in the Premier League to date under new United head coach David Moyes, and as a result the attacking left-back is now said to be seriously considering his future in the north west.

And the 23-year-old says that he would like to move back home to Brazil if possible: “I think the time has come and maybe in the next window or even next season, I think I might leave. There are good possibilities.

“I’m looking for other clubs. There’s nothing certain, we’ll leave it for later.

“I want to be happy. I want to play, I want to be close to my family. I may go back to Brazil, or maybe not. I’m checking with my manager to see what is the best for me.

“The affection I have for Fluminense is very big, for sure. I played there for seven years, and certainly if I have to go back to Fluminense, I’ll go with great pride because I have a special affection for them.”